If a song could be freedom mixtape 005 - Listening to Detroit 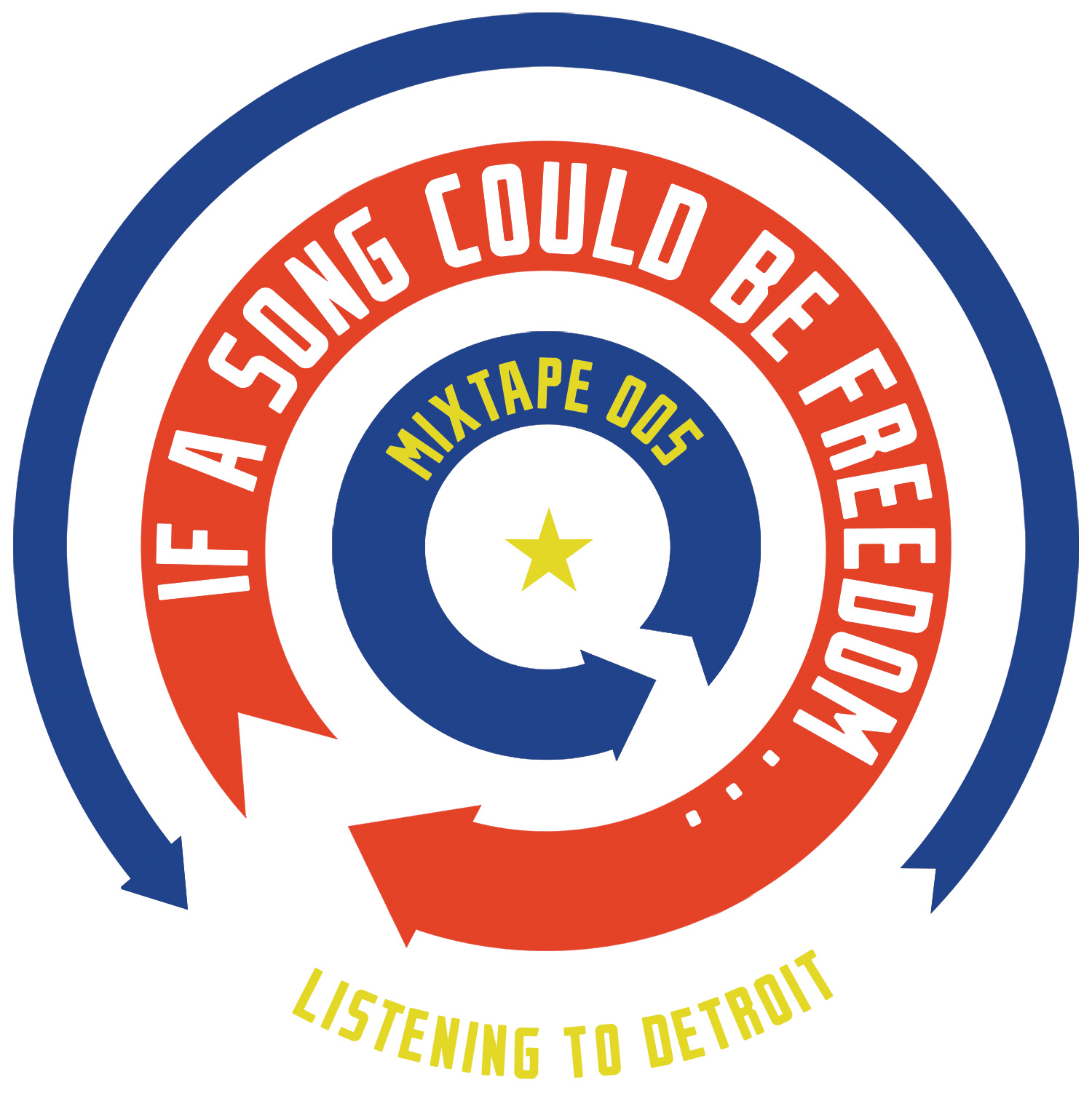 If a song could be freedom mixtape 005 - Listening to Detroit

This weeks if a song could be freedom...mixtape 005 is a Detroit themed set curated by Dan S. Wang.

Dan S. Wang is a writer, artist, organizer, and printer who was born in the American Midwest in 1968 to immigrant parents. Dan’s constant concerns are the relationships between art + politics, critical reflection + social action, place + history. http://www.prop-press.net


Strike Song “Sit-Down” Malcolm X – “Message to the Grassroots” These first two recordings are included for context—a reminder that Detroit and all of the industrial cities of Michigan have long been cities of struggle. The Flint Sit-Down Strike of 1937 was linked concretely to most of the General Motors production sites and that of their suppliers because of the action’s supply chain disruption. “Message to the Grassroots” was delivered on November 10, 1963 at the historic King Solomon Baptist Church in Detroit. Detroit was a stronghold of popularity for Malcolm X where he enjoyed strong support even after his expulsion from the Nation of Islam hurt his standing in other cities. Albert King – “Cadillac Assembly Line” Going to Detroit, Michigan, Girl, I can’t take you. Hey, I’m going to Detroit, Michigan, Girl, you got to stay here behind. Going to get me a job On the Cadillac assembly line. Detroit as destination. The Goodwill Musical Ensemble – “Marching to Zion” Marching, marching in the army Were marching to the City We’re marching to the beautiful City of God. Everyday we’re marching, marching. Winning souls as we trod. The Goodwill Musical Ensemble was organized in 1943, during the massive influx of “Negro” workers to Detroit, arriving in wartime to work the auto plants-turned-munitions factories. The gospel choirs and choruses that came with these folks became the foundation for all the great black music that followed. This recording is from the early 2000s. 100 Proof (Aged in Soul) – “Love Is Sweeter (the Second Time Around)” 100 Proof (Aged in Soul) was born of a dispute between Berry Gordy and his best songwriting team, Dozier-Holland-Dozier. It is fitting that Motown found itself dealing with an intractable labor conflict since Gordy had taken his experience on the assembly lines and applied the production model to popular music. MC5 – “Future/Now” Screechin’ useless martyrs hangin’ naked upon the cross, yeah They would have you believe that the lie they shriek that all is lost Forget their logical desperation, utilize your imagination The future’s here, right now, if you’re willing to pay the cost A young fan might hardly believe that the MC5 had sunk into the obscure recesses of untold rock history by the early 80s, but it is true—nobody knew about them except for the regional cognescenti and a legion of memory-impaired original fans. Now, with the documentary excavations of Rodriguez and Death, the fade and rediscovery of revolutionary Detroit music seems to mirror the recent popular rediscovery of the city of Detroit itself. Word is Patti Smith’s forthcoming second memoir gives Fred “Sonic” Smith his due, guaranteeing another wave of MC5 fandom to come. The Bob Seger System – “2+2=?” So you say he died for freedom. Well, if he died to save your lies, Go ahead and call me yellow, 2+2 is on my mind. Bob Seger sometimes covers “Fortunate Son” in his shows. Never understood why—his own tune is one of the best anti-war songs of the period. His early history is a fantastic picture of the Michigan rock scene—cruising in cars to school dances, interfacing with beatnik jazz-types, absorbing the Motown hits released at rapid pace, and synthesizing all of that against a backdrop of intense political events. Carolyn Franklin – “Deal With It” This is the final cut on the last Carolyn Franklin album—excellent powerful soul-woman stuff. She was the talented younger sister of Aretha who retired from show business after this record came out in 1976. She died of cancer fairly young, in her early forties. Inner City – “Good Life” This is a pick from poet Anna Vitale, a native of Detroit: Inner City was a techno group out of Detroit in the late 80s and this cut delivers all the promise of dancing and being together that utopian politics of techno music helps create: the good life! Angry Red Planet – “You’re One Too” Angry Red Planet played a lot of shows in and around Detroit in the early and mid-Eighties, as the city turned from the Motor City to Murder City, one of the many bands that were the children of Iggy. The Layabouts – “Fuckalot” The Layabouts were the political party band from the Cass Corridor scene of the 80s, bridging Detroit’s punk and hippie countercultures. The group reunited for a bit after a two-decade long disappearing act, true to the name and anti-careerist band ethic. Invincible & Finale – “Locusts” Grace Lee Boggs often calls Detroit a “movement city.” Through all kinds of organizing and messaging work, Invincible keeps that description vital today. Their performances are as likely to bust out in between activist workshops on Palestinian solidarity and anti-gentrification campaigns in Detroit as they are to occur on a concert stage.

Uploaded by Interference Archive on July 24, 2015